Recommend a producer for the ArchiUp brands zone Fill the form » 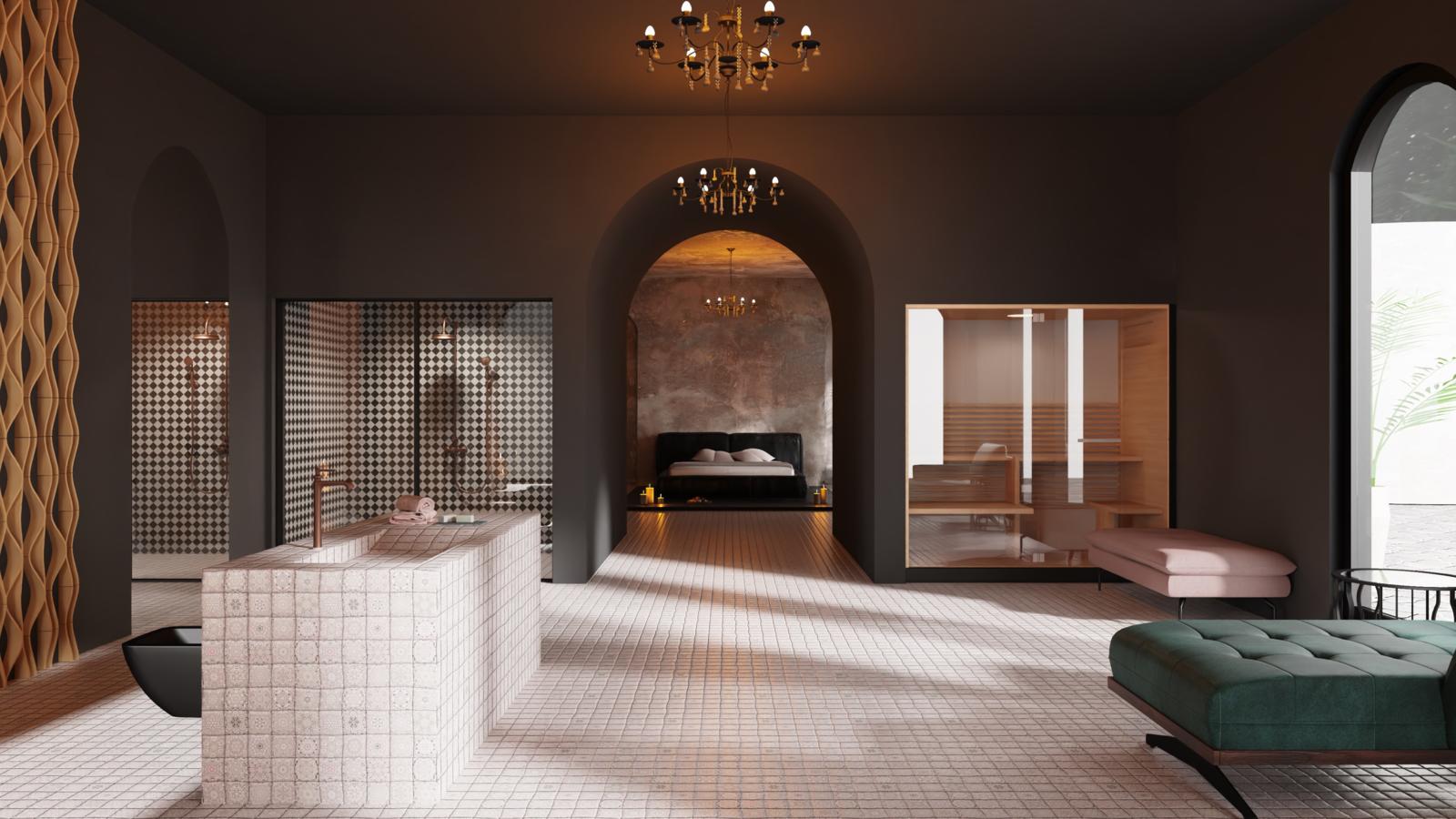 In the space design the important thing are emotions that an author wants to express in their work.
Having the need for creating the unique interiors, the ones that stay in the memory, it is fairly important to engage oneself and to leave a bit of one’s self as well as the authentic feelings.
The concept of the contest has been created in a pursue of the ideal hotel space.
The idea of the uncommon apartment’s interior, despite the modern form, strongly refers to the Roman roots. The space consisting of two main forms has been suggested, that is: the sleeping and bathroom areas which create the exclusive recreational zone. You can find
a sauna there along with the relaxation zone, symmetrically designed shower and an island with the washbasin built into the block.

The island constitutes a neat location for the classic fixture. The exposed bathtub in the center of the space is a dominant which emphasizes the function of the room. A bedroom is blended into the bathroom by the opening which is a kind of an arched light portal. The border between the rooms is gone thanks to the use of homogenous floor.

The space of the apartment has been designed with the respect to the spirit of relaxation and serenity. The cold hues and the warm light of candles are soothing for senses. The colour of the interior, the subtle layout of the zones and the sophisticated choice of extras make this space especially inspiring. 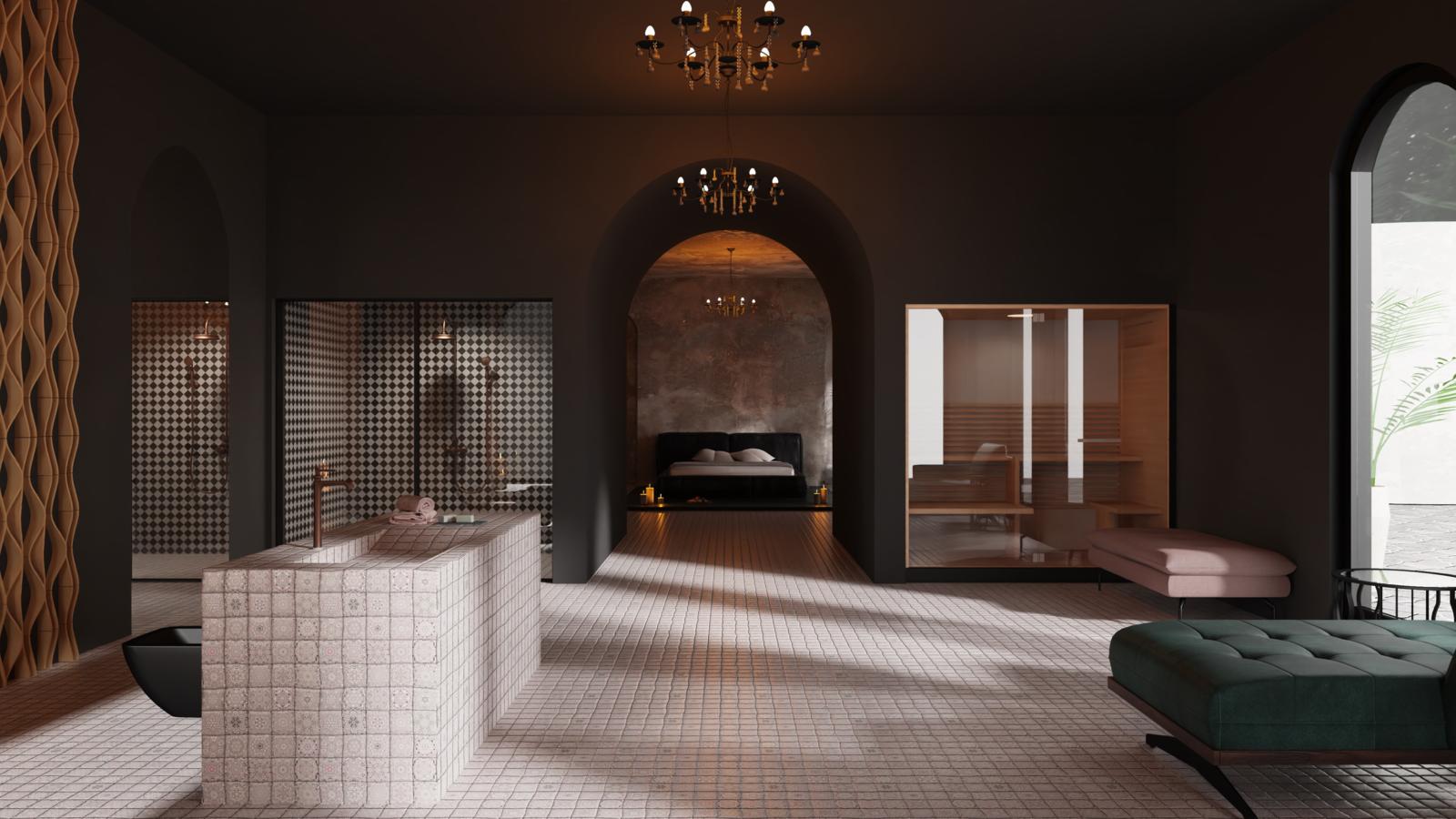