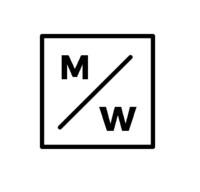 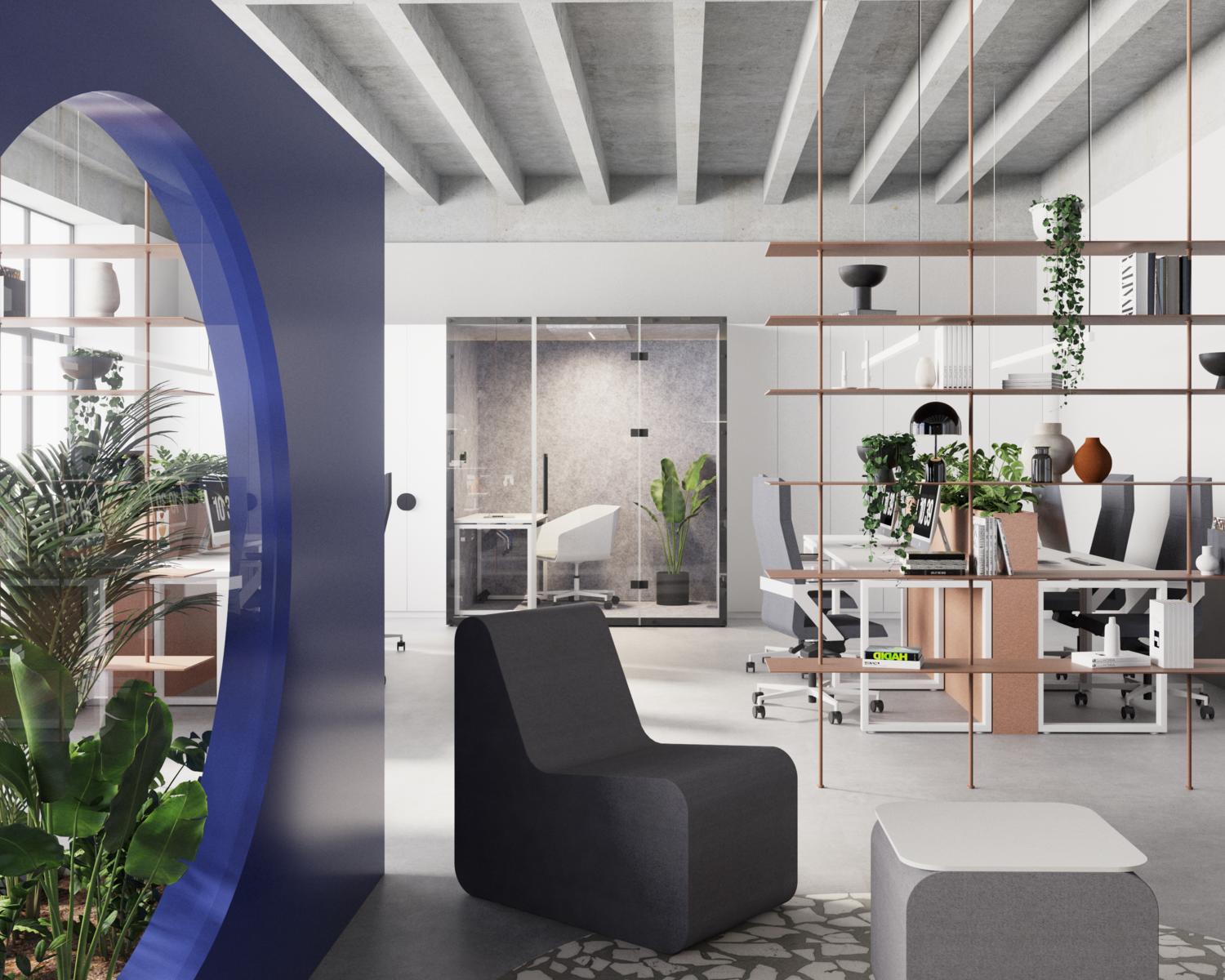 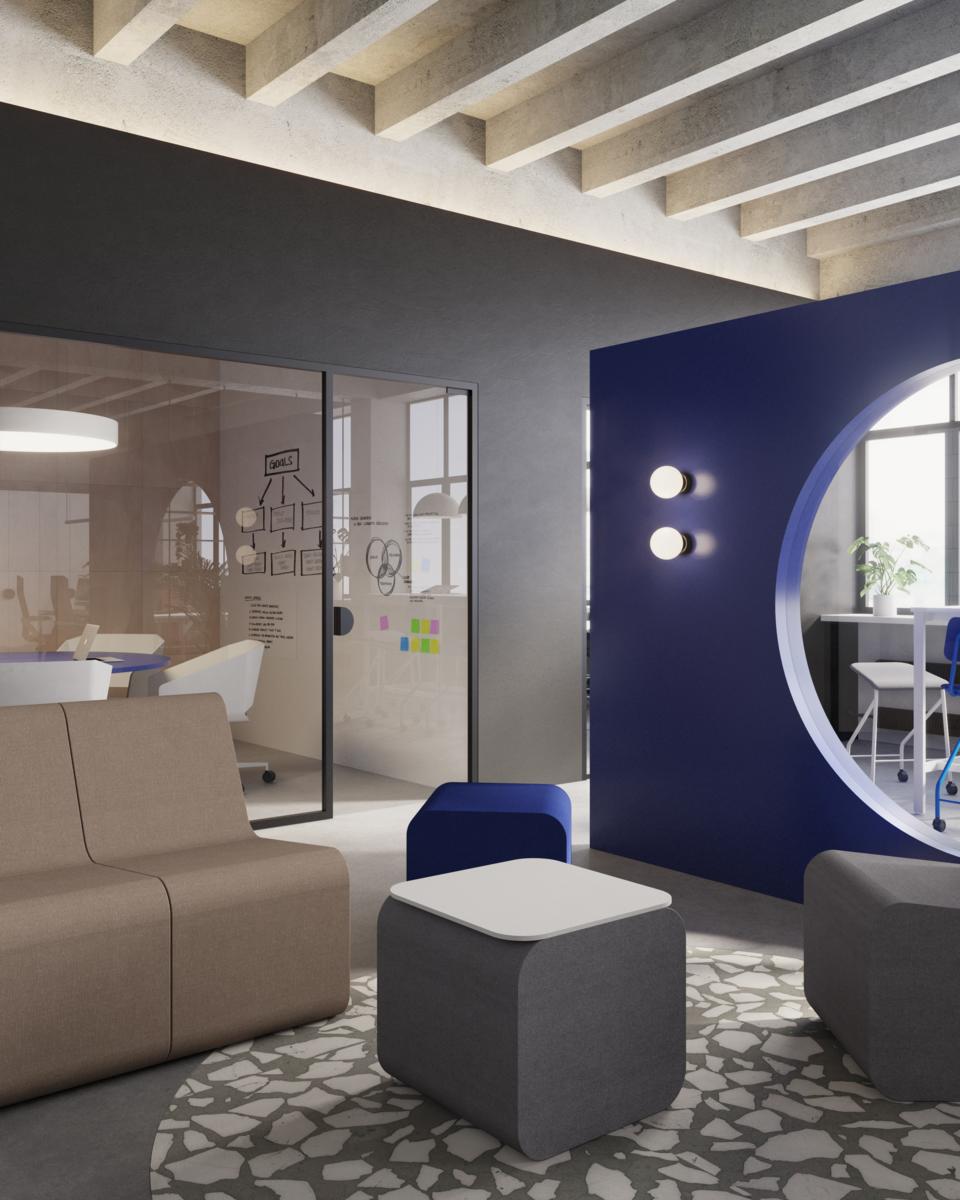 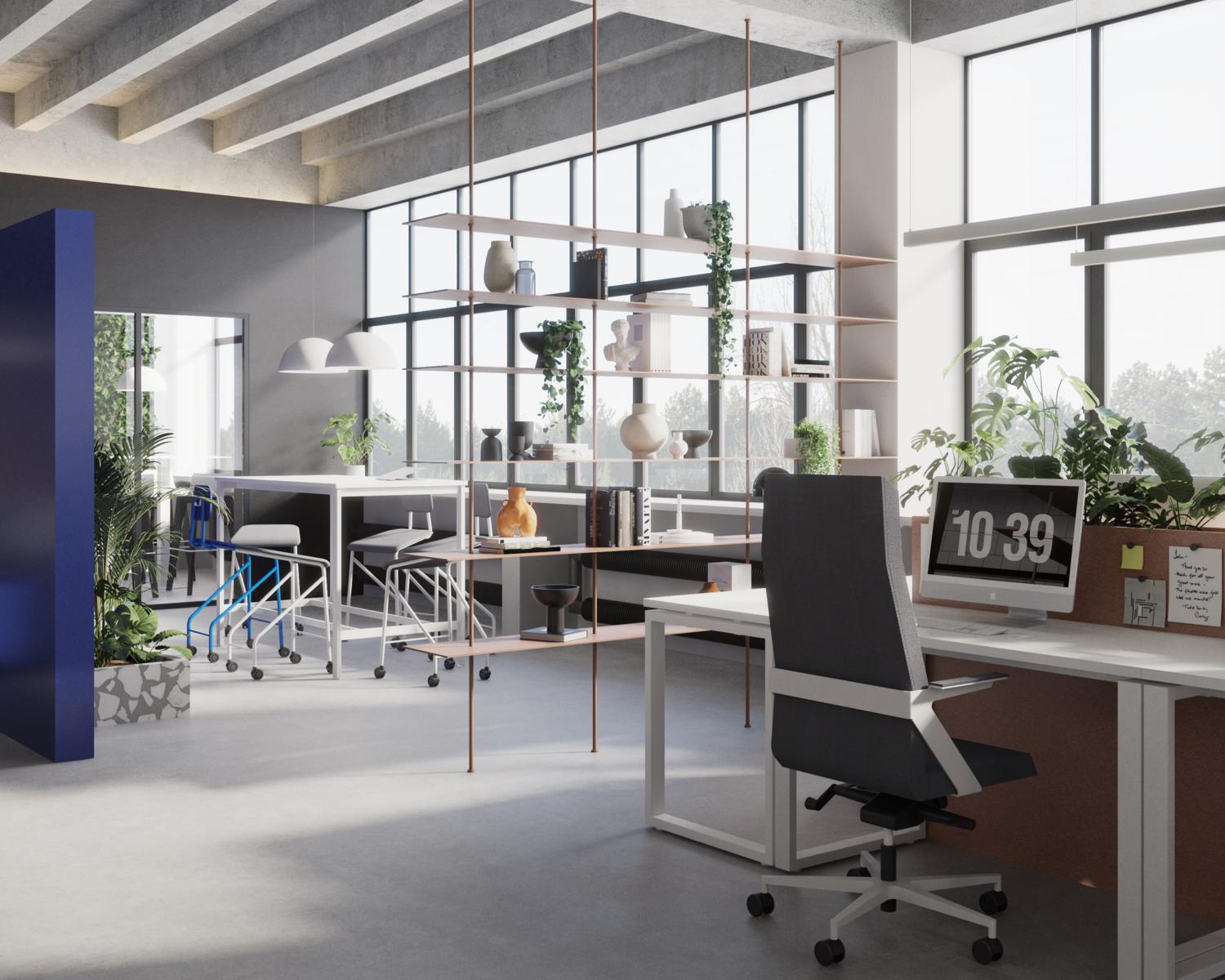 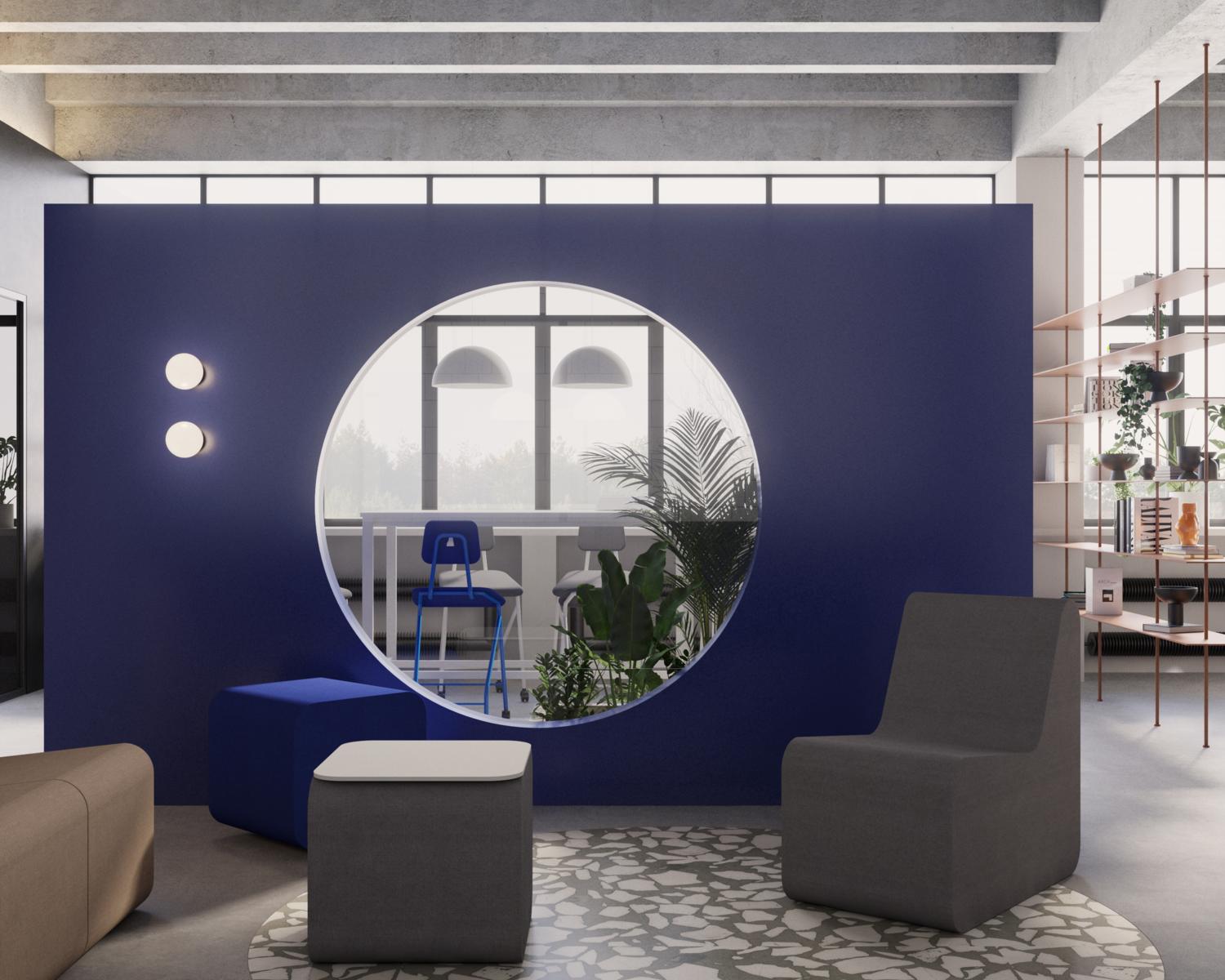 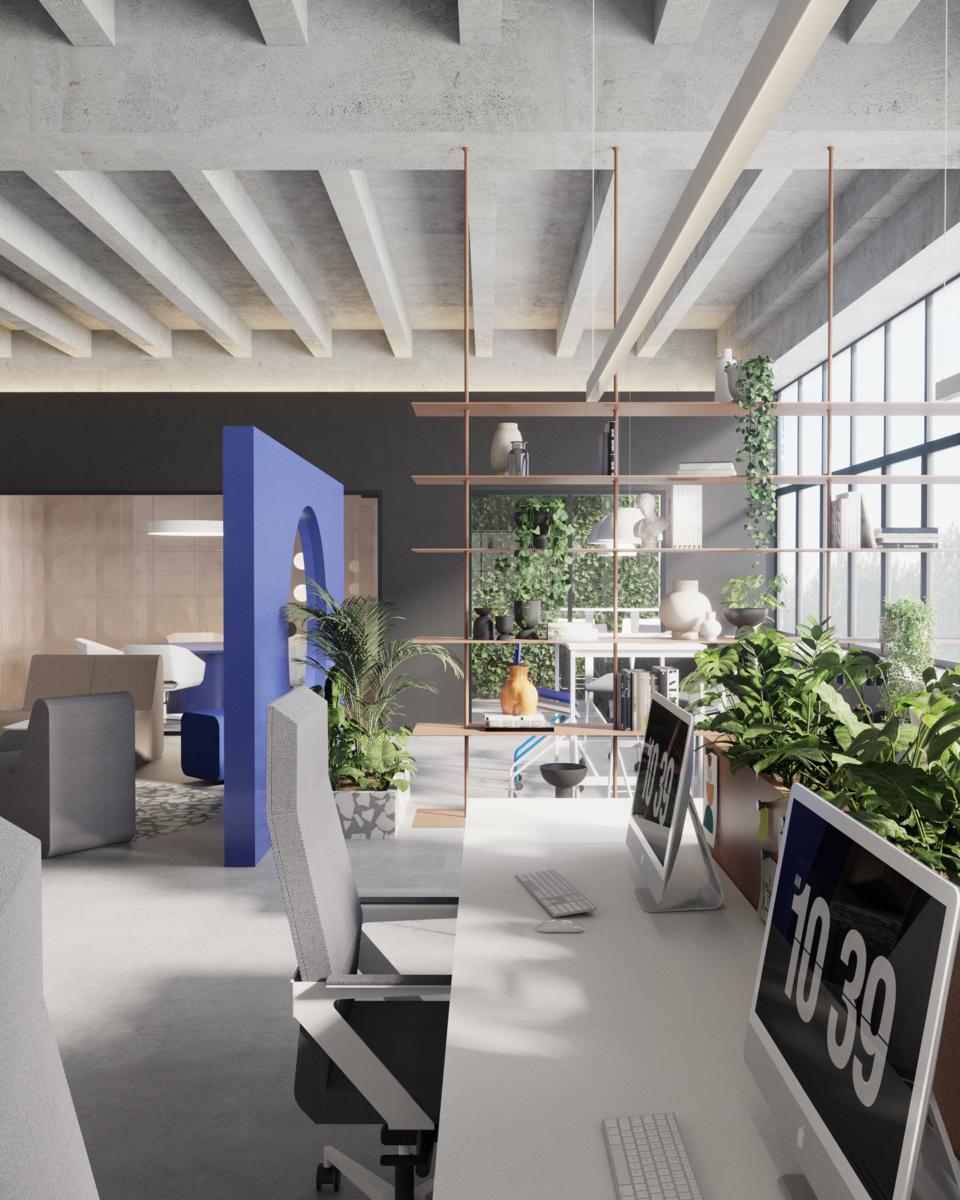 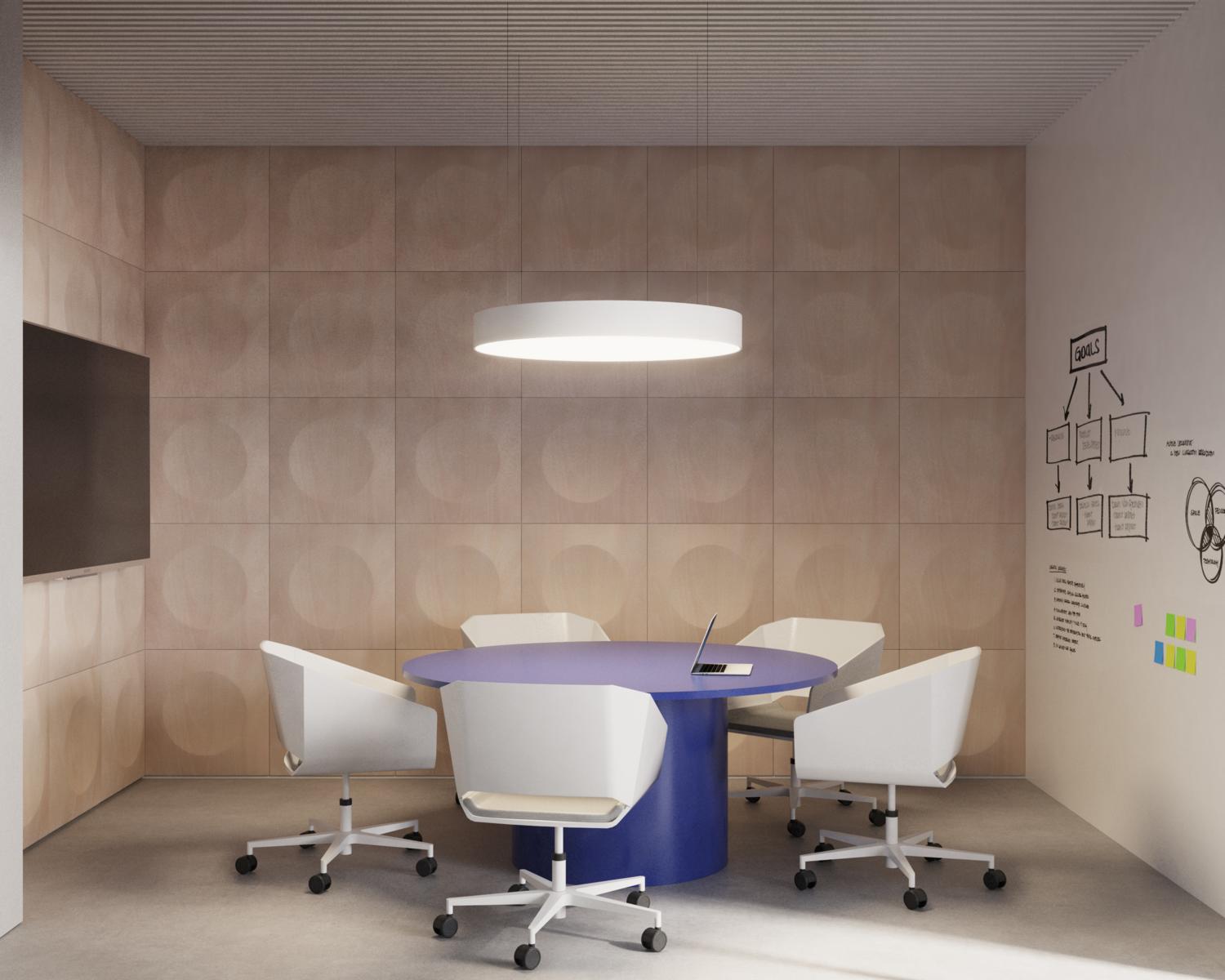 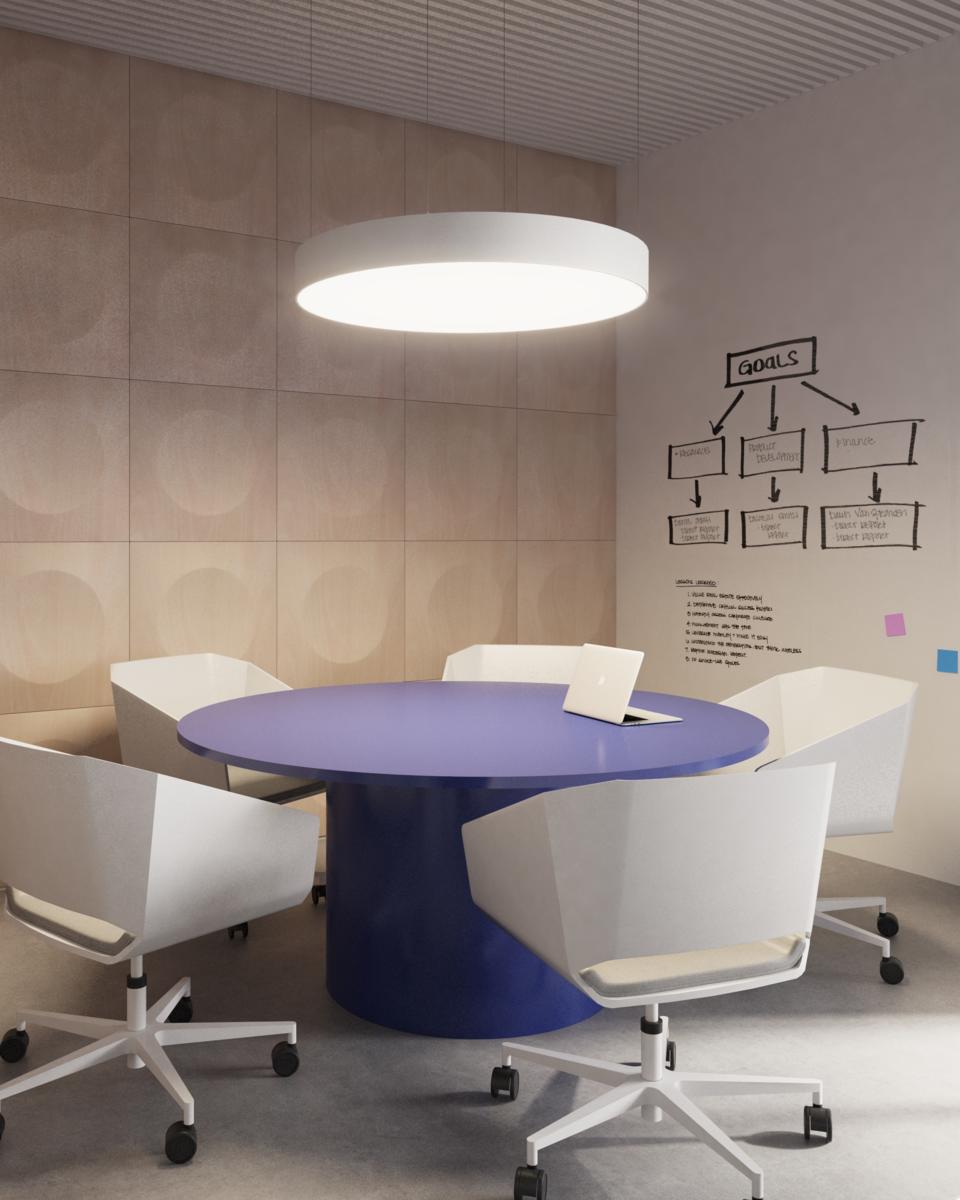 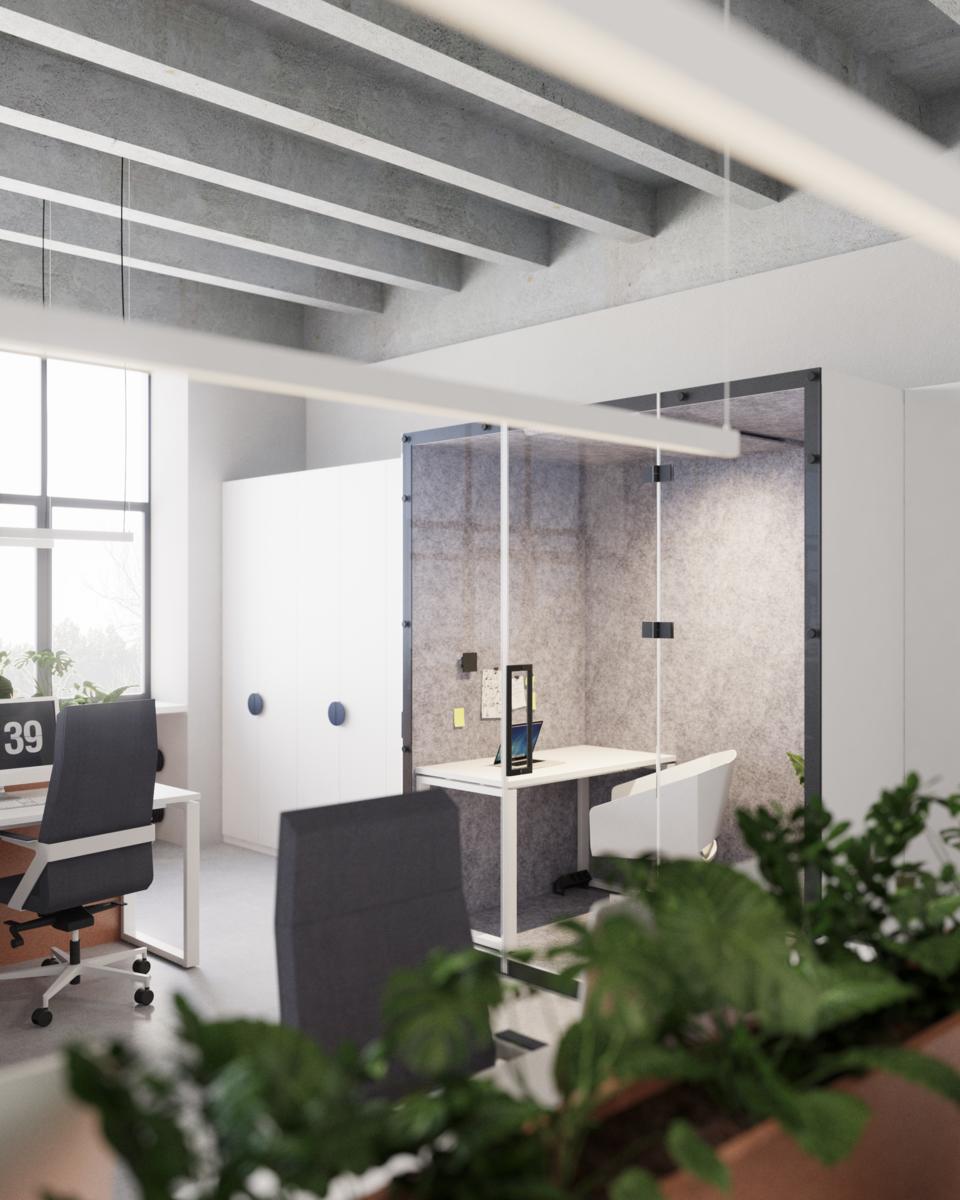 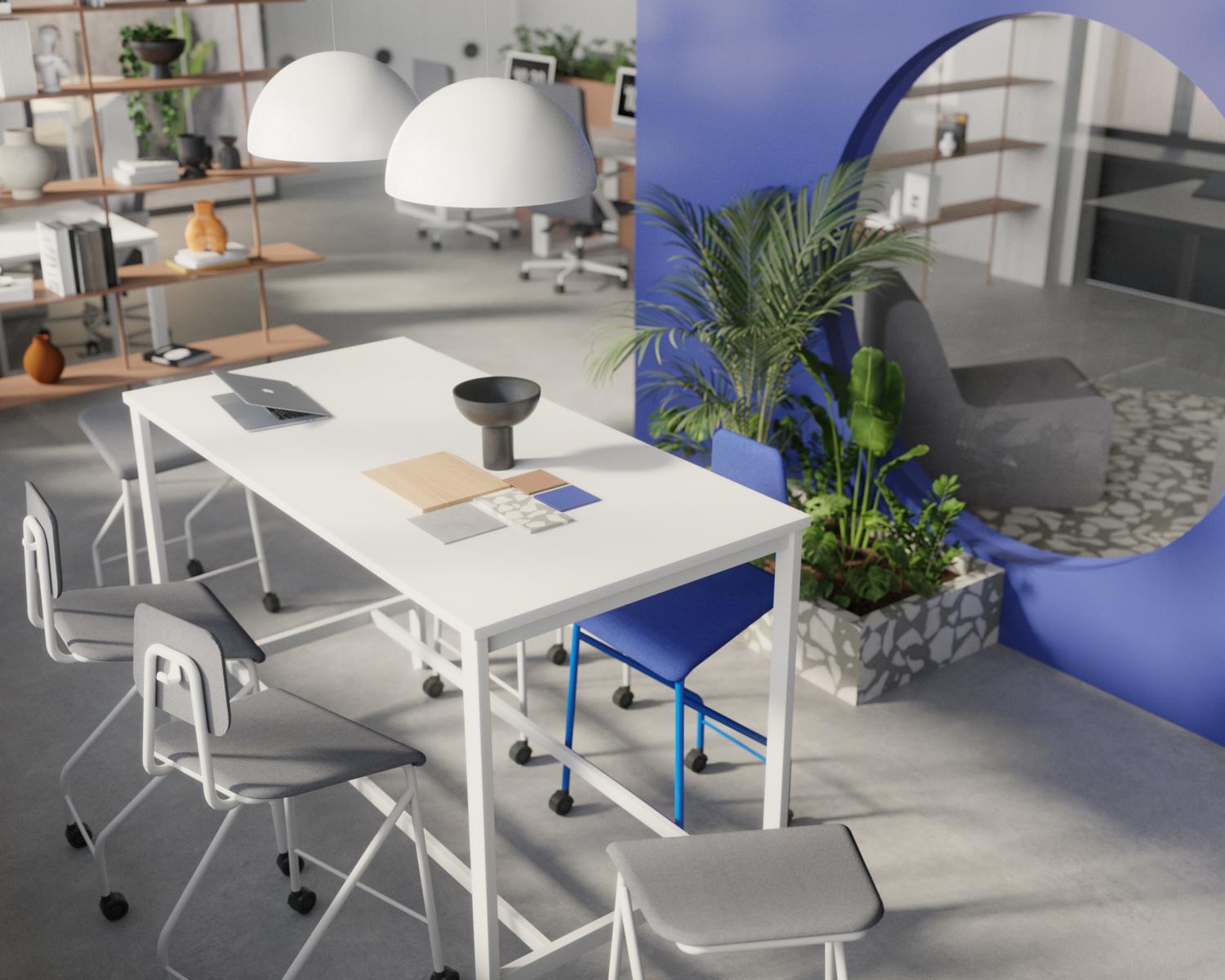 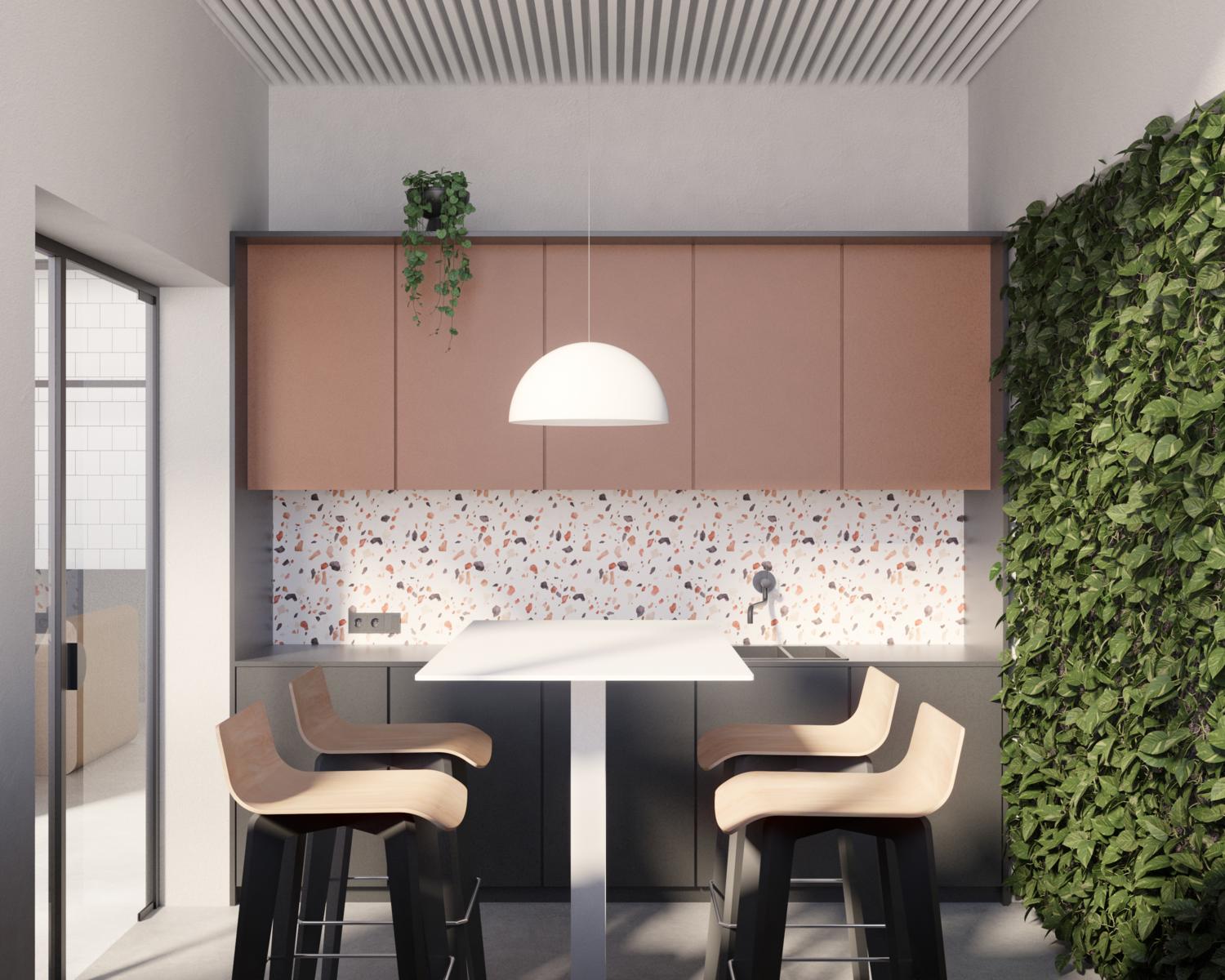 The designed building serves as a creative studio in a post-factory premises. After the changes introduced into the functional system, spaces were proposed to support the creative thoughts of employees. The idea of ​​the project consists in creating an interior in which the balance between space that stimulates creativity and a real workplace will be kept. The assumption was to extract attractive elements of the industrial interior, combining them with elements of contemporary design and interior design.
The spatial configuration of the interior was developed for the needs of a small office for about 10 employees. The main assumption was to create a harmonious and coherent space in which individual functions intertwine with each other, creating easy communication. A division into different zones of work and recreation has been proposed. In the entrance area there is a rest area with VANK_CELOO furnishings. In order to visually divide the space, a partially glazed partition was proposed in the form of a strong color accent, behind which there is a creative workplace equipped with a high table by MARO from the Idea H series and VANK_CO stools. An individual work place designed in an open space arrangement, in which the VANK_WALL_3_BOX acoustic box was located to ensure a quiet work space. Workstations were equipped with MARO QEM desks and VANK_FIL swivel chairs. The desks are separated by a flower pot, covered with Bulletin Board material by Forbo, color 2207 cinnamon bark. Only two rooms have been completely separated, i.e. a conference room and a kitchenette with a dining room. The conference room was equipped with a round table finished with Furniture Linoleum Desktop in 4181 midnight blue and VANK_WOODI chairs in white with gray upholstery. The decorative element consists of walls with the 3D HOOP panel by Bester. The whole is kept in a simple style, with elements of greenery.

ProGrupa websites use cookies to facilitate the users of our websites and for statistical purposes. If you do not block these files, you agree to use them and storing them in the memory of your computer or other devices. Remember that you can change your browser settings to block the saving of cookies. For more information, please see the Cookie Policy
app.noun.browser_support